NELSONVILLE — ACEnet unveiled a food processing facility for both meat and produce at its new Food and Farm Enterprise Center on Friday in Nelsonville.

ACEnet, which stands for Appalachian Center for Economic Networks, is a business incubator with locations in both Athens and Nelsonville. It offers guidance and work space for local entrepreneurs.

This new facility in Nelsonville is split into two sections to process both vegetables and meat. The site cost a total of $315,000, with most of the funding coming from ACEnet partner organizations.

The introduction of a meat processing facility is a major step for ACEnet, as previously any tenants who worked with meat would send their products to other locations at least an hour away, and had trouble making any specialized cuts of meat.

Adam Kody, kitchen manager at the Food Ventures Center, said the community support for this project as well as funding arriving within the same time period was what really helped get the project started, even though it has been in the works for over a decade.

“The big picture, what this is going to do for us, is all of the producers (and) farmers around here, they only have one or two places they can go in the surrounding hour and a half to get their animals slaughtered and processed,” Kody explained. “With the building of this facility, these producers are able to come in, process the meat how they see fit, how they want it to look, and it will actually come out a finished product.” 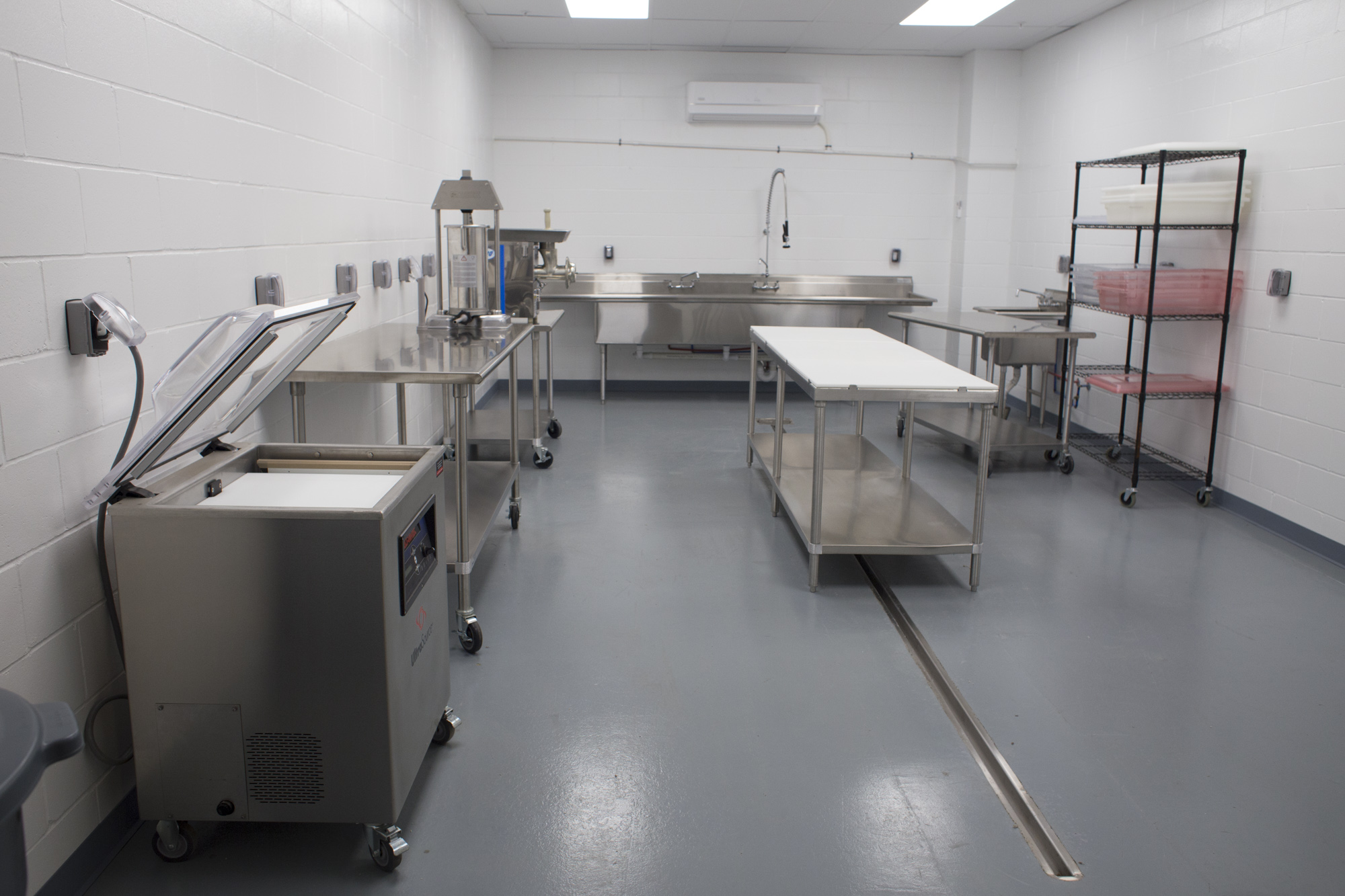 The meat side of the new portion of the facility allows clients to cut, grind, blast chill and vacuum package their meat in a low-temperature room, and also has equipment available to make sausage in the same area. Just outside the meat processing room, walk-in freezers are available for storage.

The new section of the facility also has a veggie side. Carrie Carson, the food partners access coordinator for ACEnet, is working to start a farm-to-school program with the help of Rural Action and CFI that will likely operate in the new space. Rural Action donated several large freezers and refrigerators to help with the program.

Several clients have already begun working in the meat processing facility, including Pork & Pickles, Dr. May’s Thai Kitchen, Woodland Ridge Farm and Farm on the Ridge. Becky Clark, owner of Pork & Pickles, said she was one of the clients contacted to help decide what equipment, items and set up would be most usable in the new space. 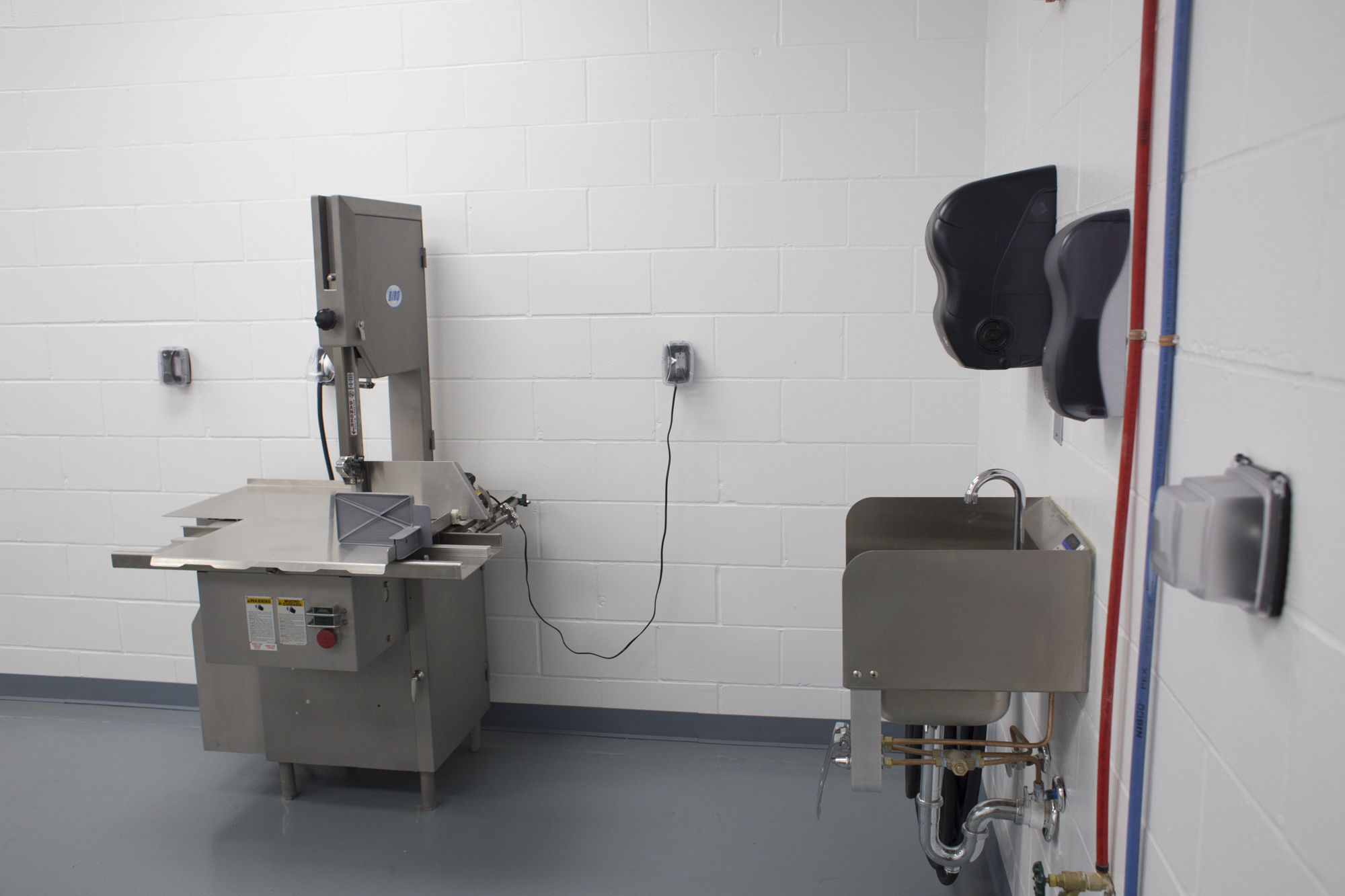 “It’s a bigger, nicer, cleaner space than what we’re currently working with,” Clark said. “The Athens Food Hub is incredible, but this is designed specifically for what we’re doing, which will make the efficiency so much better. We’ll be able to produce a lot more products in a timely manner.”

Clark explained the process: her pork and beef is raised on Dexter Run Farm in Meigs County, then is slaughtered in Bidwell in a state-inspected facility, where the carcass is given back to the farmer, who will then transport the meat to Clark.

“Once it comes here though, it’ll come in and go right into the walk-in cooler,” she said. “Then, piece by piece, we’re able to take it out of the cooler and then do what we want to do with it.” 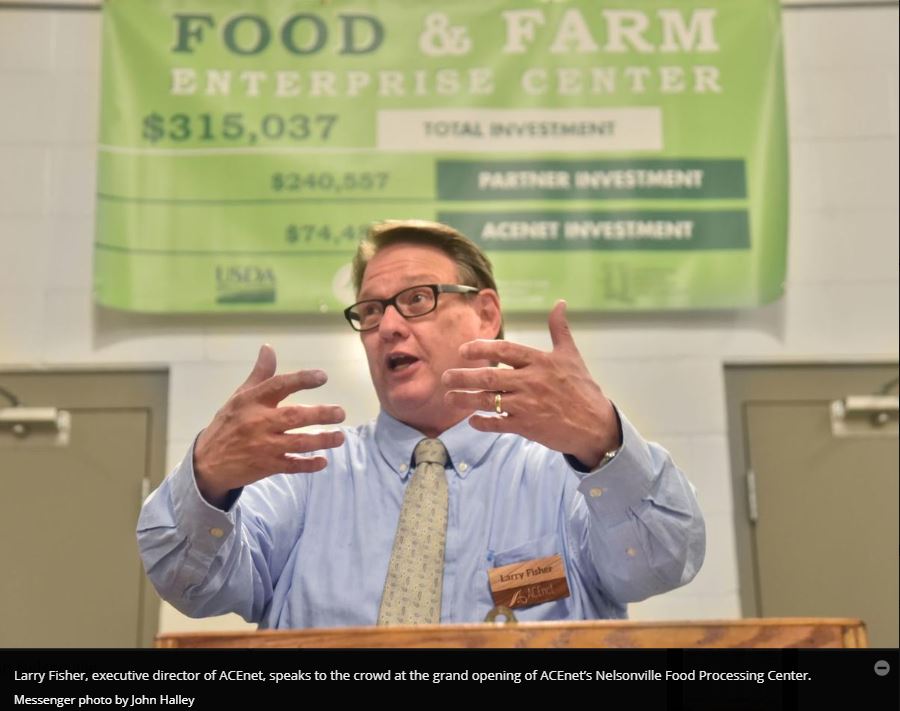 Since the new facility is licensed by the Ohio Department of Agriculture, clients using the space can now sell wholesale. Clark said that before, she was only licensed to sell directly to consumers or a little bit to restaurants, but that was limited with a monetary cap.

Larry Fisher, executive director of ACEnet, said he was excited to see how the project will help entrepreneurs in the Athens County region.

“Once we got up here, it was like now what else can we do?” he said. “Again, trying to find the opportunity to help entrepreneurs in our area find their way.”