ACEnet tenant Athens Ki-Aikido is a traditional dojo (training hall for traditional cultural, spiritual, or martial arts) offering practice and instruction in the Mind/Body Oneness Awareness training of Ki Development (Shinshin Toitsu Do) and the modern Japanese Defensive Skills system of Ki-Aikido (Shinshin Toitsu Aikido). Ki Development is a unique system related to traditional Awareness Arts and trainings such as Yoga, Qigong, etc. Ki-Aikido is an evolution of traditional Japanese Martial Arts practiced for awareness, health/fitness/wellness, and spiritual/personal exploration, as well as self-defense.

Aikido is a paradoxical practice because it teaches not-fighting; it is often called “The Way of Peace.” The context of training is a combat situation – someone “attacks” and another “defends.” Aikido offers dynamic self-defense on a physical level and also, by extension, crisis/conflict resolution skills useful in the emotional and psychological context of daily life; in personal and business situations. In the ideal practice, an attack is controlled without anyone – including the attacker who intends to kill you – coming to harm. Practice is athletic and (sometimes) physically demanding, but non-competitive (not a sport) and non-aggressive.

In Ki-Aikido, power comes from rhythm and timing within an aware relationship. Focus is more critical than strength. The “Aiki” attitude is one of calm alertness rather than anger or fierceness. Practice is filled with smiles, laughter, cooperation, and also a sincere earnestness. Ki-Aikido promotes fitness, but does not require practitioners to be in exemplary physical shape. 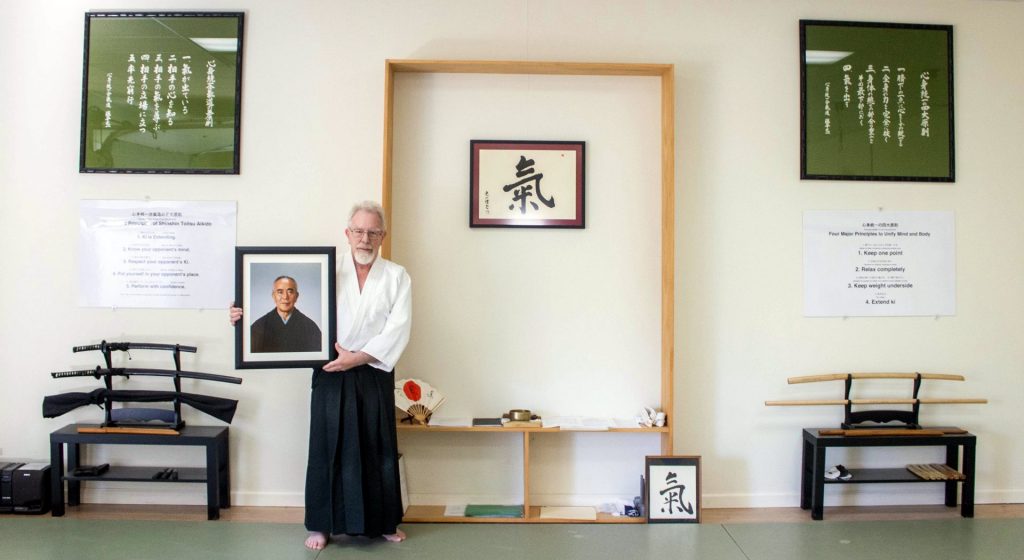 Local instructor Stan Haehl sensei recently shared some great news. “Athens Ki-Aikido was recently approved as an Authorized Dojo of Shinshin Toitsu Aikido Kai, which is our international organization, (known outside Japan as Ki Society), headquartered in Tokyo and Tochigi Japan. Before this we were affiliated through our national Federation, Midland Ki Federation; this means we are now directly affiliated as an Authorized Branch Dojo. (We are still part of Midland Ki Federation.) We received the official recognition items (an official photo of our style founder and a “Ki” character he brushed) at the seminar in Frederick.  We are the only Shinshin Toitsu Aikido Kai dojo in Ohio, or the surrounding multi-state area.”

“In other news, one of our members, Brandon Saunders just passed the test for Nidan (2nd degree “black belt”) during a seminar we attended at our sister dojo Frederick Ki-Aikido in Frederick, Maryland taught by our Federation Chief Instructor Kashiwaya sensei. Brandon is the senior student/assistant instructor in the group.” 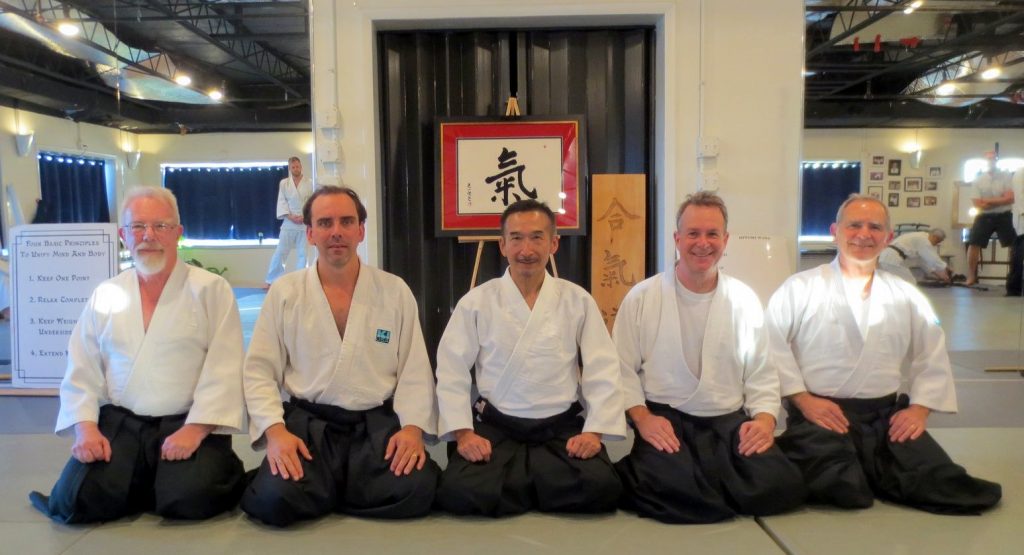 Athens Ki- Aikido has regular weekly *Ki-Aikido and *Ki-Development classes and Breathing and Meditation Practice sessions. Head Instructor Stan Haehl has been training in Ki-Aikido for 40 years and teaching Ki-Aikido (and other topics) for more than 30 years in both dojo (martial art school) and University contexts. He holds:

He also has an MFA in Theatre Arts and is trained in Massage and Bodywork. He has been a faculty member at Ohio University and three other Universities. 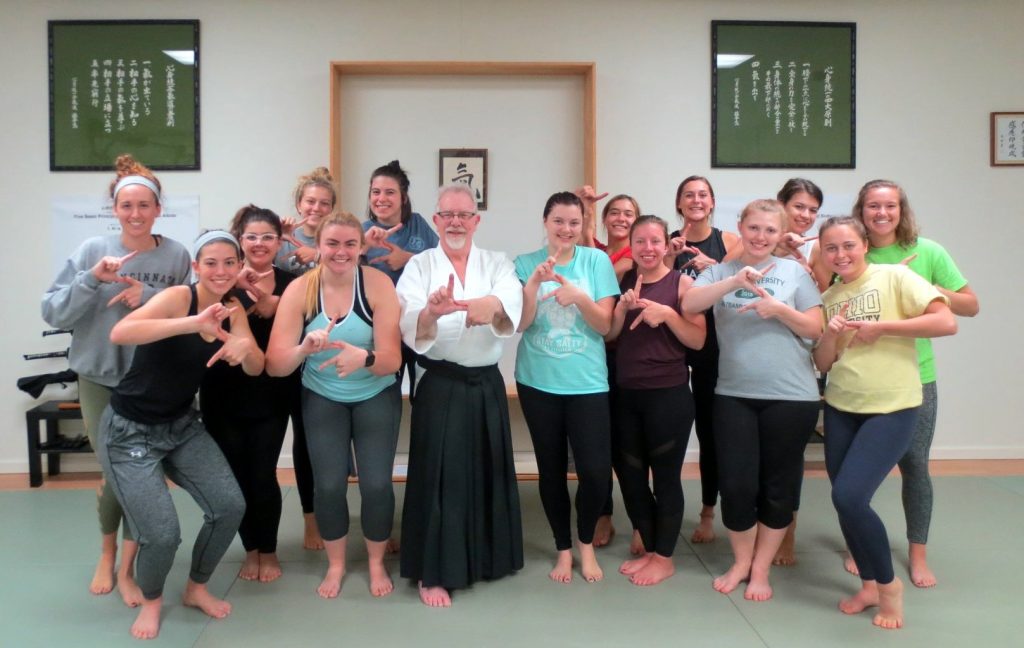